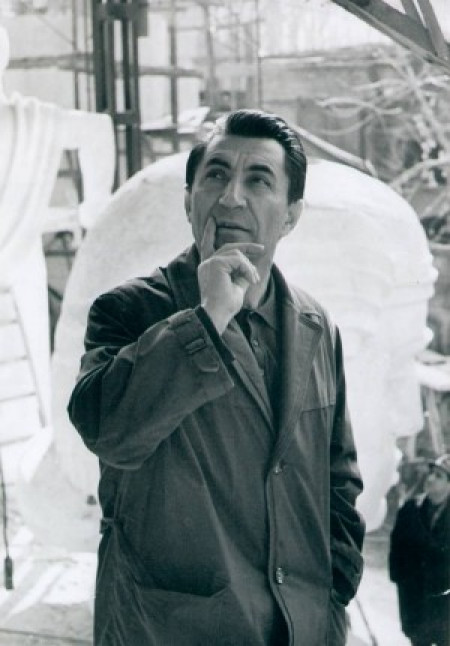 He was impeccable-it was his biggest weakness.
The world is given to enjoy and also make it a better place: this was the principle of Grigor Hasratyan great man who lived with it. He enjoyed his people’s admiration and love during his years. He earned these all by personality and activity. He perhaps had an essential mission – to serve to its nation and people, develop for the county and he found his way of self affirmation. A talented architect and organizer, public figure and a great patriot.

Grigor Hasratyan was born on November 24th, 1919, in Ashotavan village of Sisian region. He was two years old when he was adopted by his unlce, a prominent scientist Morus Hasratyan. After graduating the school, Grigor Hasratyan entered Yerevan Polytechnic Institute, the faculaty of roadway. After graduating the institute, he started to work on his profession-gradually going up the stairs state administrative field. His first office was the department of Armenia’s highway roads as an engineer, road constructor.  Then he worked at the department of water resources, leaded the building office of Lenin region in Yerevan, and in 1958 he was the director of the “Yerevan Project” Institute he founded. In 1960 Grigor Hasratyan was elected the president of city council executive committee of Leninakan (Gyumri) and in 1962 he became the president of city council executive committee of Yerevan (mayor) and worked until february 1975.
During this years he worked at its best. Grigor Hasratyan, he was both an urban builder and rhetoric, very artistic with a pleasant voice, with rich vocabulary and with respectful appearance. He was a toastmaster during the gatherings and with its beautiful and emotional speech he was dominating and gracing the gatherings. Wherever he was, he was a leader. Hasratyan had its own style and working mode of governance and he was able to bring talented people around him. And bringing talented architects, constructors and the best artists, he beautified and built the city day by day.