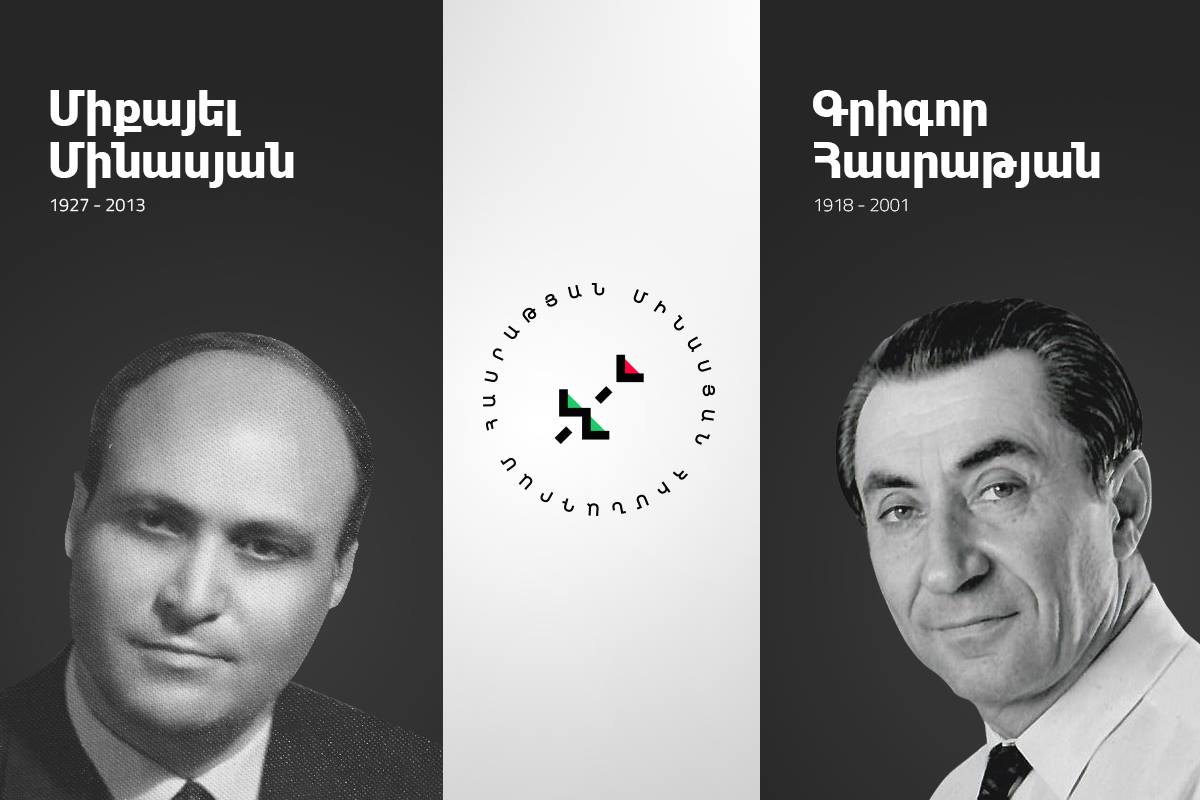 Mikayel Minasyan wrote on his facebook page about the operation of “Hasratyan-Minasyan” foundation and the main directions. «Dear Friends, I am honored to inform you that my family founded an educational-cultural foundation in memory of my two grandfathers-prominent scientists and politician Mikayel Minasyan and architect, public figure, Grigor Hasratyan. These are the photos of my grandfathers, who have admired their country and their profession, had a mission to accomplish and dedication to doing great things for the country. My grandpa from father’s side-Mikayel Minasyan held different positions, however, he never was away from the science field. As an international relations expert, he incorporates scientific and political activity, was the head of the chair and awarded the title of professor.   Professor Minasyan invested his knowledge and experience to explore the essence of the political leader and political elite. He was confident that the strongest power to restrain the political leader and defend him from errors in front of history, is the feeling of responsibility. In his books, he mentioned that the politician cannot succeed if he does not know the history nor history is not meaningful to him. As he believed, history is the general perception of facts and the real leader is the one who is capable to perceive and analyze history and its role by the turn of history. He insisted that  history for the country’s elite is not a knowledge but a big responsibility. My grandfather from my mother’s side-Grigor Hasratyan alongside political activity was involved in science. No matter what position he held, he believed if you have big dreams you can reach a great result through culture. And by saying culture, he did not mean “Armenian Culture for Armenians” but he meant “Armenian culture for the world”. He believed that you have to be open to the world, become part of the global community and create pure Armenian cultural values that are comprehensible and competent to the world. He was confident, that along with preserving culture we need to move ahead. My two grandfathers left huge cultural heritage which can be felt when simply walking along Yerevan streets Therefore, for family members, it is a big responsibility to continue the work they lived for. This is the purpose that two big families decided to found “Hasratyan-Minasyan” Foundation. The foundation will have two main directions:  History and Politics “Minasyan” the department will deal with the reenvision of history and alternative research of political concept. Culture and Fine Art “Hasratyan” department will provide an opportunity to bring to life new, thematic works and bold initiatives.

The two families accepted this decision with a great feeling of responsibility and belief towards the future. “Hasratyan-Minasyan” Foundation begins its operation.

The real founder of the city day.