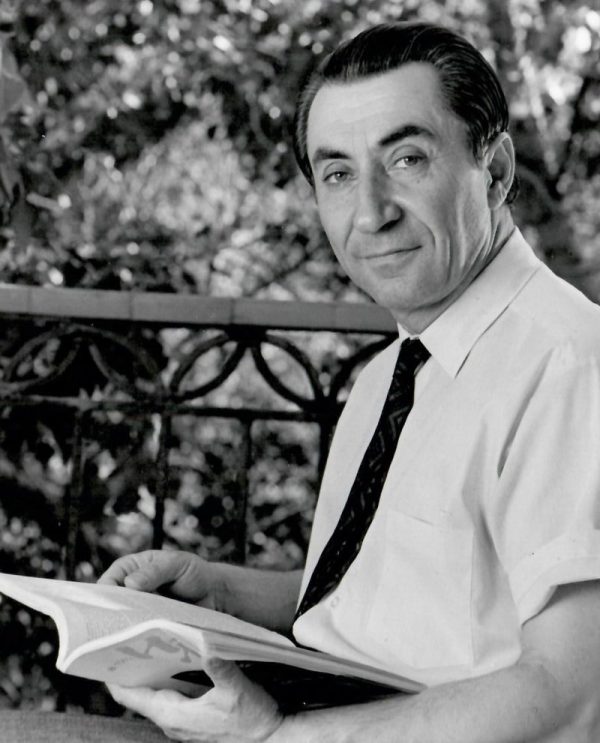 The real founder of the city day. 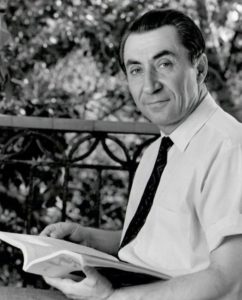 October 20,2018 The honored architect of Armenia opens the book carefully kept in his home office and offers to read the lines about Grigor Hasratyan. «In our times, most of the people try to occupy someone else’s pedestal.

Grigor Hasratyan stands on his own pedestal, where he achieved through his life, as a creator and a caring citizen». – Is this really the case?, we ask Gurgen Musheghyan who once worked with the mayor. – Indeed,-while replying, the architect’s voice drowns.

He tried to be brief, to avoid tears. He could not. – Now you understand why I didn’t read these lines. I cannot. The architect misses his friend with who he communicated equally despite the age different. He is telling that at nights when they had free time, they walked around, to see if there are any problems around and offer solutions in the morning.

I have worked with 10 mayors. I consider Hasratyan the first mayor. During 13 years of his operation Yerevan became a capital. Coming back to the lines in the book, the architect remembered the year 1968, when Yerevan was celebrating 2750th anniversary of Erebuni-Yerevan.

A few people know that the first celebration is associated with Grigor Hasratyan. The key person in charge of festivities, was Grigor Hasratyan. Murad Hasratyan talks and gives some details about his brother that were not talked about for half a century and the mayor who got his name as “the city legend” remained modestly silent. In one of the interviews, Grigor Hasratyan noted that it was his uncle’s idea, the very famous linguist, historian Morus Hasratyan.

He said that “It is the city’s 2750th anniversary and it should be celebrated». Morus Hasratyan is the father of Murad Hasratyan. The man who worked with the son of Tumanyan, Gevorg Tumanyan, remembers how many levels it took to get the approval from Moscow that Yerevan will be 2750 years old, the oldest in Soviet Union. If Moscow celebrates its 800 anniversary, Tbilisi 1500 anniversary, why not celebrate our city’s anniversary.

The Georgians were jealous and appealed to Moscow that it is a made up jubilee, and on Argishti’s cuneiforms, no date is mentioned. They were jealous that Yerevan is 2750 years old while Tiflis’s birthdate was taken from the air. And 1500 years ago, their capital was not Tiflis, but Mtskhet. In any case, Moscow wanted to confirm the fact and he sent Boris Piotrovski, specialist in Urartian history to Yerevan.

And he said that in all the protocols he could not find the date, but in Van’s protocol it is possible to calculate the cuneiform that was once made and therefore it confirms that Yerevan was celebrating its 2750th anniversary in 1968.

Hasratyan, the mayor had a goal to make the city into the capital, emphasizing that it takes an academy to build and manage a capital. And the city he built and headed, had a new image and atmosphere during its first city day, and the mayor aimed for that during his tenure.

The ancient capital appeared with dozens of new buildings, rebuilt Erebuni fortress, lakes and ponds. The daughter of Grigor Hasratyan, Anahit, remembers the day before Swan lake was built, his father brought the first black and white swans and how the black swan was injured by some people and his father said: “ It’s ok, people will get used to the beauty, will learn how to protect them and they will also be part of their creation. The day will come”.